Robert Jackson began his teaching career almost 25 years ago in Indianapolis Public Schools with a “No More Excuses” teaching approach with all of his students—after being cut from the NFL Minnesota Vikings.

He has become one of the most sought-after speakers in the country, delivering keynote addresses and workshops to educators, administrators, parents and students, corporate events, and churches. He presents workshops on teaching cultural diversity, restorative practices, socio-emotional learning, working with students who have experienced trauma, and how to educate Black and Latino males. His goal is to teach educators and administrators how to use their power more effectively to educate, activate, and motivate all students to be successes.

Mr. Jackson has written and published six books and has written articles for ASCD EL Leadership Magazine. His new book, Becoming the Educator They Need: Strategies, Mindsets, and Beliefs for Supporting Male Black and Latino Students won the Gold Excel Award for Technical Writing in July 2020. His “No More Excuses” Curriculum has been featured in publications nationally and is being utilized in K–12 schools, colleges, and universities in the US and Canada.

He attended Western Kentucky University where he received his BS Degree in Industrial Technology while lettering four years in both Football and Track. He has keynoted several national conferences including ASCD, SDE, CAAASA, NABSE, SREB, School Discipline National Conferences, ESEA, and SAAB.

Mr. Jackson is a Life Member of Kappa Alpha Psi Fraternity and the NFL Players Association. He has received numerous awards for his work including the Key to the City of Miami, Florida, and the National Motivational Educator of the Year Award. Thousands of youth and adults are transformed through his speeches and presentations.

He is married to Essence Best Selling Author Tajuana “TJ” Butler-Jackson, and they have three children and one grandson.

His motto is “For every problem, there is a solution.” 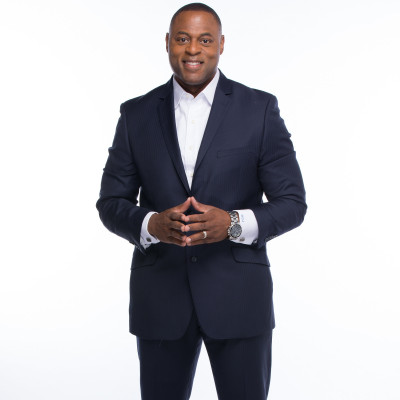 Becoming the Educator They Need: Mindsets and Strategies for Educating Black and Hispanic Males

Black and Latino Males are the most misunderstood, suspended, and expelled students in K–12 Schools in the US. It’s important to understand the thought process of these young men in order to educate them more effectively. Many of these young men live in fear daily, and it comes out in negative ways in their interactions at school. Never take it personally. This interactive session will give strategies to teach educators and administrators how to become the educator these young men need, including affirming them, speaking positive words, teaching them to control emotions, and how to turn hard skills into soft skills. This session will address how young men are wired and the effects of being wired that way. Come join this fun session and learn techniques educators and administrators can use right away.