Dr. Tiffany Anderson is the first African American female superintendent of Topeka Public schools and she has been a public school educator for over 27 years, with the majority of that time as superintendent. In addition to her role as superintendent, Dr. Anderson advises Kansas on postsecondary and equity policies. In 2019, Kansas Governor, Governor Laura Kelly, appointed Dr. Anderson to the Postsecondary Technical Education Authority (TEA), as part of the Kansas Board of Regents and in 2020, Governor Kelly appointed Dr. Anderson to Co-Chair the Governor’s Kansas Commission on Racial Equity and Justice.

Dr. Anderson has served as a public and postsecondary health advocate and has improved achievement and closed achievement gaps for students in multiple states. While superintendent in Virginia, Dr. Anderson led Montgomery County Public Schools in earning the Virginia Governor’s Competence to Excellence Award and after leading as superintendent in Missouri, the Washington Post referred to Dr. Anderson as, “The Woman who made schools work for the poor.” During her tenure in Kansas and in Missouri, the achievement scores, graduation rate and college placement rate have increased. Topeka has received national awards for three consecutive years under Dr. Anderson for their leadership in trauma informed systems for schools, creating systems for youth in crises and for innovation.

Dr. Anderson earned her undergraduate degree, and later her doctorate, from Saint Louis University in 2001 where she met her late husband, Dr. Stanley Anderson, who was an accomplished OBGYN and one of the first robotic surgeons in Kansas City at Research Medical Hospital. Dr. Anderson received her second doctorate, the Doctor of Humane Letters degree from Eden Theological Seminary, for her service to community and society. Dr. Anderson is also a professor of practice for K-State and adjunct faculty for ASCD (Association for Schools and Curriculum Development) where she serves on their 9-member national poverty cadre, which trains districts across the nation. Dr. Anderson serves on numerous Topeka business and not-for-profit boards and on the international sex trafficking board. Dr. Anderson’s publications include her books on transforming schools along with several articles on public health and equity in education, published in local and national magazines and newspapers.

In 2016 and 2017, national documentaries were created about Dr. Anderson’s work with addressing poverty and transforming communities. In 2016, Dr. Anderson was recognized as one of the top six People with Purpose at the Oscars for her innovative work in education. In 2014, Dr. Anderson earned national recognition from Education Week as one of the nation’s 16 Leaders to Learn From. Recognitions Dr. Anderson has received include the Lifetime Achievement Award for volunteerism from President Obama; the Salute to Excellence for Women awarded by the Urban League; the Stellar Performance Award by the St. Louis American and the award for Diversity in Business from the St. Louis Business Journal, among others. Dr. Anderson serves on several boards in Topeka that support youth and is a member of the Greater Topeka Chamber Board. Dr. Anderson is a lifetime member of the NAACP and she and her late husband, Dr. Stanley Anderson, have two children who attended Johnson County Kansas high schools in Blue Valley. Their daughter Whitney is a public health graduate student and official for the St. Louis Health Department and their son Christopher is a University of Kansas graduate and a marketing executive in San Diego. 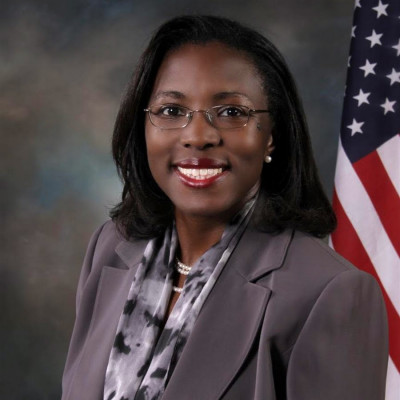 Dr. Anderson will share practical culturally relevant instructional strategies and systems that can be implemented in classrooms and across school districts. Educators will gain practical strategies they can use immediately to have a significant impact on student learning. Key terms will be introduced to participants and research-based models will be shared that were incorporated in Topeka to continue to engage students during a pandemic. The strategies Dr. Anderson’s team used resulting in the district’s 2018 National School Board Association Magna Award for the district’s Equity Institute will be shared with participants. During the session, participants will gain instructional tools to engage parents, they will view instructional models that can be used during a pandemic and they will gain practical strategies that serve the whole child.

Join us tonight for this presentation by registering using the link below.

Starting March 10, the video will be available until March 24 in your Library.